Whether on holiday or visiting for a few hours, there’s plenty to explore close by.

There are great walks from The Trooper Inn. The BBC website has details of a walk along the River Stour by the house which Thomas Hardy once rented.

North Dorset TrailwayThis 14 mile trail goes from nearby Sturminster Newton to Spetisbury Rings hill fort, along by the River Stour, passing Fiddleford Mill - which has the first hydroelectric generator on the river - and the ancient hill fort of Hambledon Hill. A host of wildlife can be spotted, including kingfishers and the occasional otter.

StalbridgeNearby Stalbridge is said to be Dorset's smallest town and has held market rights since the time of King Edward I. Along the main street, towards the church, you will see the 15th Century market cross, made from local yellow 'Ham stone'. Our local supermarket, in Stalbridge, is the biggest independent supermarket in the West Country. 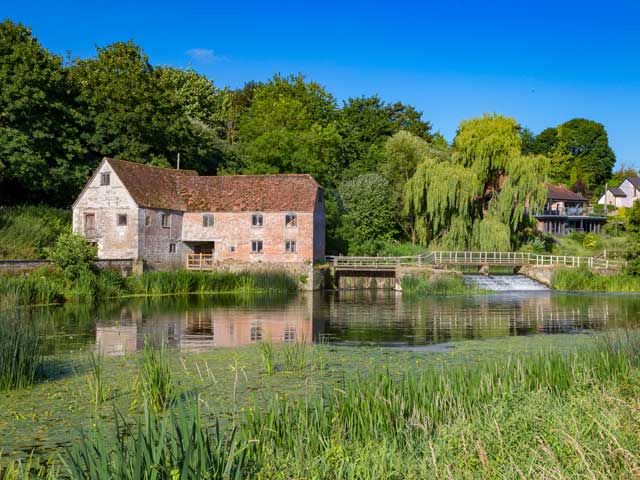 Sturminster NewtonOn the south bank of the River Stour is the watermill which was restored in 1980 and opened to the public as a museum. In the centre of Sturminster Newton and set back from the main road is the market square and parish church, which was rebuilt in 1486 by the abbots of Glastonbury.

Thomas HardyThomas Hardy rented a house in Sturminster Newton, early on in his married life with his first wife, overlooking the River Stour.
The region inspired his novel Tess of the d'Urbevilles, with Sturminster being Hardy's 'Stourcastle'.

More Authors!Opposite the Trooper Inn is Manor Farm, formerly owned by Enid Blyton and the setting for her book Five on Finniston Farm. Douglas Adams lived in Stalbridge, where he wrote Hitchhiker's Guide to the Galaxy. Other weird and wonderful stories were written by Sir Terry Pratchett near Wincanton, where you will find this small shop dedicated to Pratchett memorabilia.

Behind the WallTravelling around Stalbridge, you may see an ancient wall alongside the rural lanes. Said to extend some 5 miles in length, the wall originally surrounded a large, ornate manor house.
Perhaps the most famous inhabitant was Robert Boyle. known by chemists for Boyle's Law.

We regret that The Trooper Inn is temporarily closed due to damage caused by the flash floods on the 31st October.
We'll be re-opening in 2022 and will keep you updated!

Camping at The Trooper